January 2015: William Shanley’s trillion-dollar lawsuit is dismissed (though he goes on to file several more, with similar results):

March 13, 2015:During an appearance on The Richie Allen Show,” Wolfgang Halbig announces that he is possession of a firearm, and has trained to use it. [LINK]

“There are things happening which caused me to go out and buy a handgun. And, I am taking precautions: I went back to the range, I’m qualified. I’m a sharpshooter. So, it’s sad I have to do these things.”

HALBIG: “Well, you know what? They need to get ready, Alex, I’m coming. If you could be in my office right now today, beyond a reasonable doubt, we have all the evidence. People that anonymously have now come forward from Newtown. We now have documents that will, without a doubt, show that that school did not exist, it was not in operation.

Jones: “Well, You’d better release them as soon as possible or that’d end up, you know what happens to people. They’ll claim you suicided yourself or probably take some of your family out, claim you killed them and demonize you. That’s how they do it now — they kill you and your family.”

HALBIG:[with a big smile]: “Well, Alex, I saw my doctor the other day. I am not suicidal. I told my doctor I’m about as happy as can be. I got three great grandkids. But I’m telling you, the evidence that we have, right now I have an attorney here in Orlando, we filed a lawsuit. The judge here in Orlando allowed us to move forward. She granted me ten subpoenas to be issued two weeks ago, with discovery information. Alex, we are on the move.

March 9, 2015: ESTATE PROPERTY OWNERS ASSOCIATION INC, the company against which Wolfgang had filed his second lawsuit for his January 2010 slip and fall,  offers Wolfgang a settlement of one hundred dollars.

April 9, 2015: Wolfgang Halbig rejects the $100 settlement from Errol Estates (not accepted within 30 days.) This results in the case moving forward. Several months later, Halbig loses the case, and is responsible for Errol’s court [costs]. 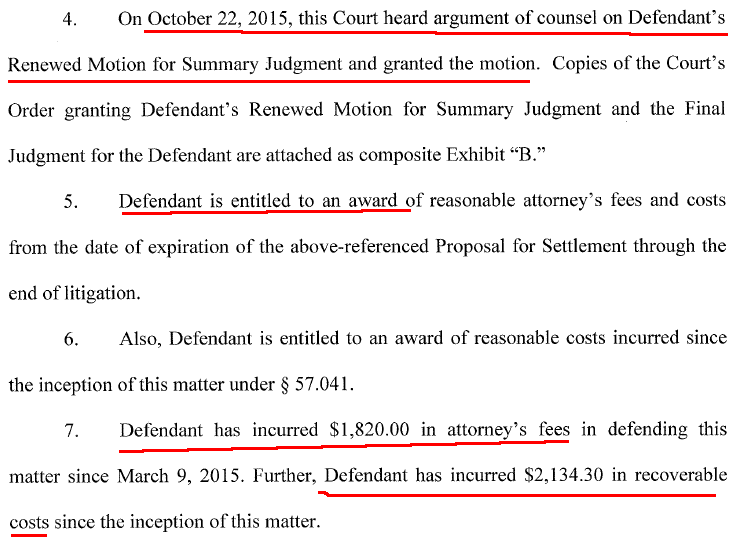 April 20, 2015: Wolfgang’s attorney for the FOIA case, Kay Wilson, receives this correspondence advising them that a requested witness will not be attendance at their hearing. 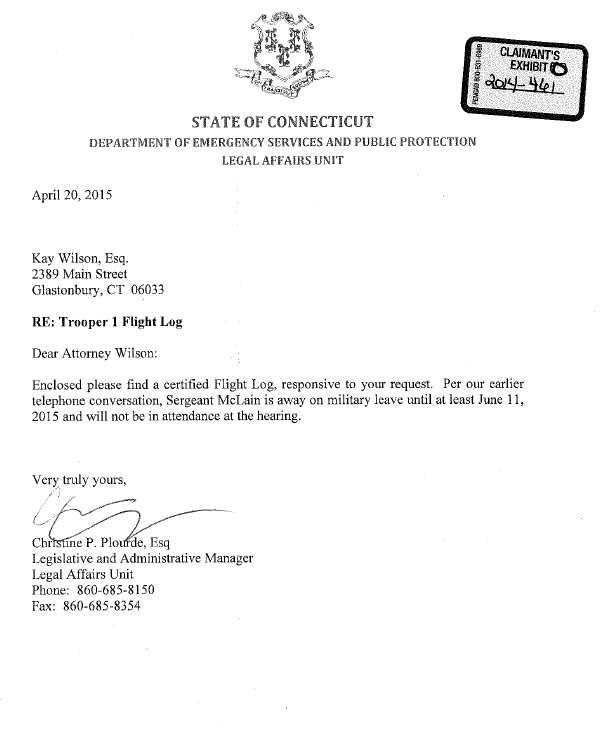 April 23, 2015: The first of Wolfgang Halbig’s FOIA Commission hearings convenes in Hartford, Connecticut. He makes no progress on any of his counts.

June 2, 2015: St. Rose of Lima incident. Wolfgang Halbig is observed by security at Newtown church. Security calls police, telling them “I’ve got two cars here from out of state that are videotaping children as they leave the school and the guy gave me a rough time about leaving.“ Wolfgang promptly leaves, shortly after they arrive on the scene.

June 3, 2015: A Connecticut FOIA Commission meeting is held, the second half of the court’s hearing of Wolfgang Halbig’s complaints against Newtown. Again, no significant progress is made on any of Sandy Hook Justice’s supposed goals, but Halbig latches onto a response from First Selectman Pat Llodra, who had been speculating that a hazard sign seen at Sandy Hook days after the shooting may have been placed there by “homeland security.” Halbig does not specify what this detail supposedly indicates. He merely says “thank you,” and giggles. He then proceeds to go on a donation drive for Sandy Hook Justice, saying “homeland security” as much as possible.

June 11, 2015: During a “Max Resistance Round Table” public online forum and chat,Wolfgang Halbig falsely claims that a man, apparently chosen at random from one of several CSP dashcam videos from 12/14, was in fact a “Connecticut EMS Director Region 1 Director,” publicly naming the official and accusing them of participation in a conspiracy.

The absurd allegation is quickly and soundly debunked , but not before the “EMS Director at Sandy Hook” story is set upon by legions of hoaxers that litter the internet with propaganda memes demonizing two innocent men.

July 1, 2015: The Connecticut FOIA commission releases its report Wolfgang Halbig’s complaint. In the report’s recommendations, set to be heard in a meeting the following week, Wolfgang Halbig is found to have already received every existing document that he requested. All of the Freedom of Information Act proceedings of the past several months thus accomplished nothing of consequence for Sandy Hook Justice. 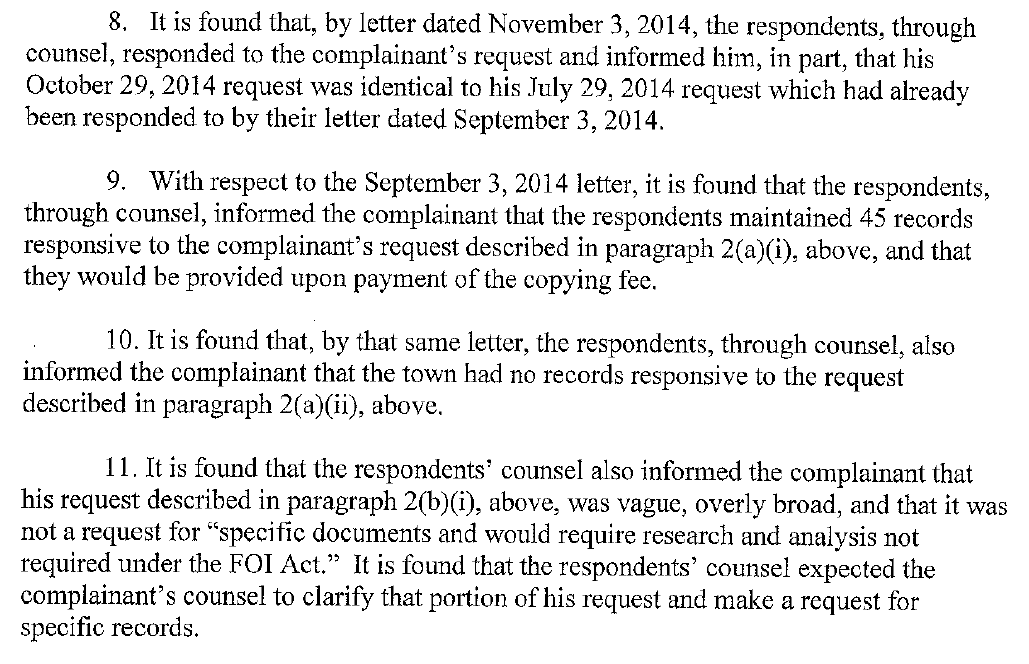 July 8, 2015: The final meeting for Wolfgang Halbig’s FOIA case is held, and the July 1 recommendations are approved. Wolfgang interrupts the proceedings, loudly storming out and losing all composure. 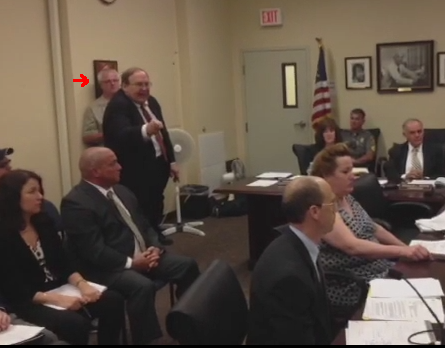 In the corridor just after the meeting’s conclusion, a sound and video recording captures Halbig threatening Mr. Frank, who is passing by on his way out of the courthouse. Halbig taunts that he is going to “find” Mr. Frank, as well as “find” one of the deceased child victims at Sandy Hook, Avielle Richman: 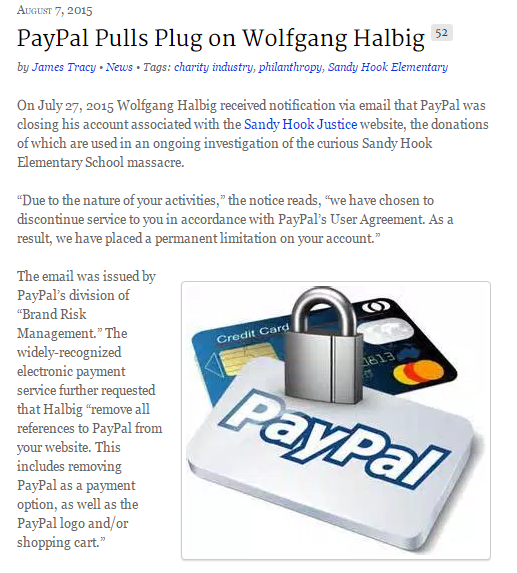 August 11, 2015: Wolfgang Halbig loses in his court battle against one of several anonymous “bloggers,” (see November 19 2014interview) resulting in a judgement of nearly $23,000 against Halbig, who again achieves absolutely nothing toward his goals, professed or otherwise. 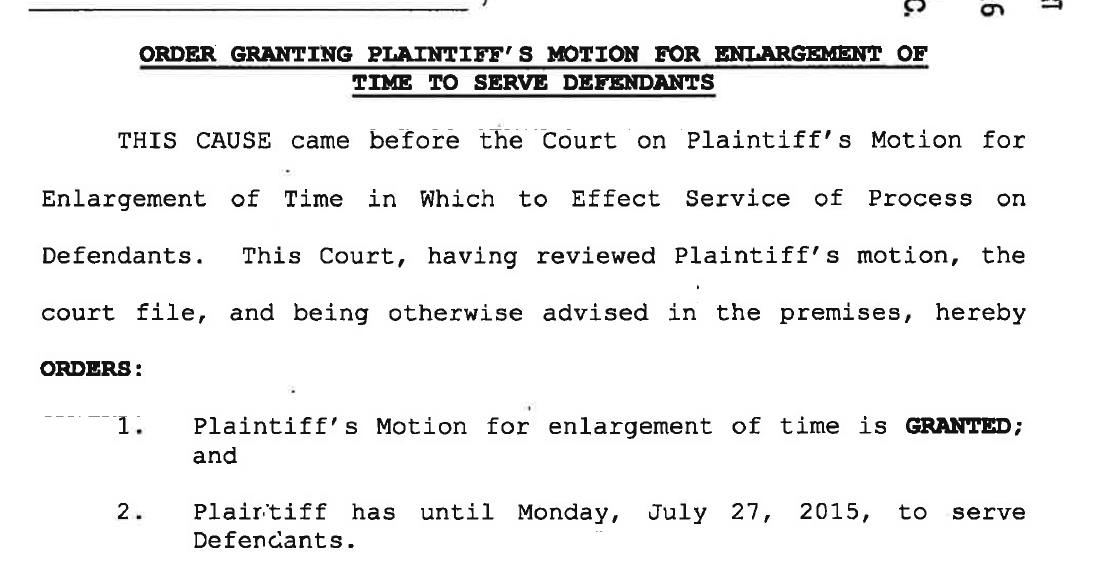 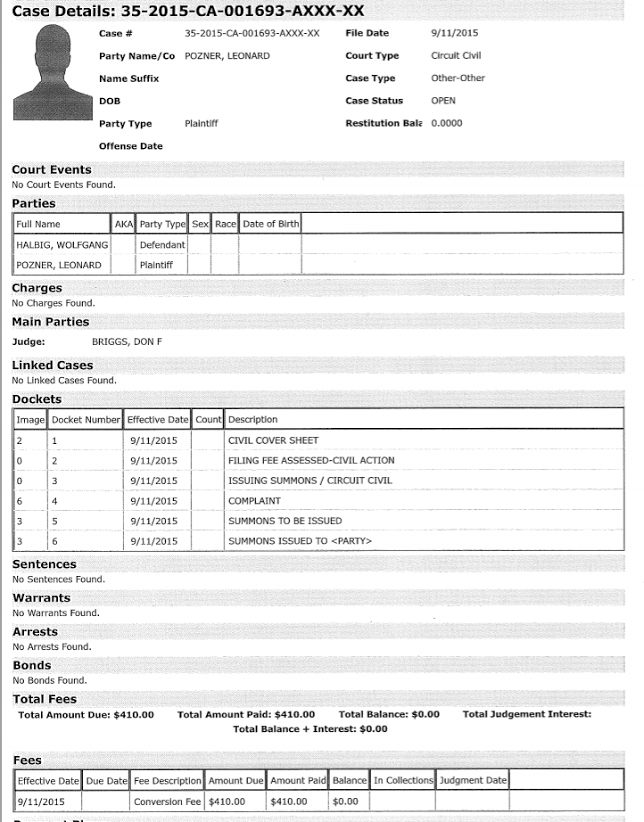